Blogger, Stella Dimoko Korkus, Tonto Dikeh and Bobrisky are dragging themselves on Instagram.. and it is totally messy!

In one of the call out, the Blogger alleged that Actress, Tonto Dikeh once went to Dubai to eat poo with her best friend.
She made the revelation in response to a threat from the actress after she, (the blogger) revealed that Tonto slept with her colleague/friend’s boyfriend, Ini.
Follow the fight below;
Tonto wrote; 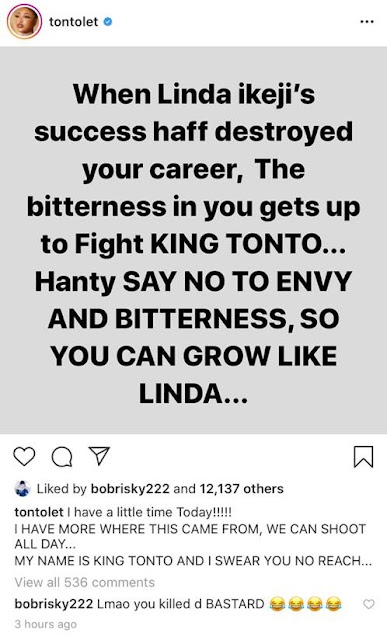 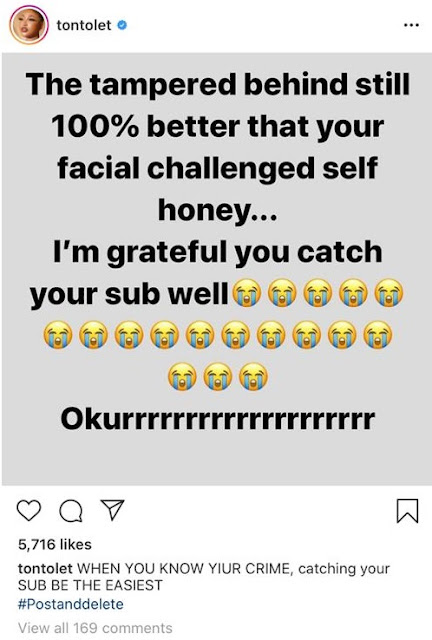 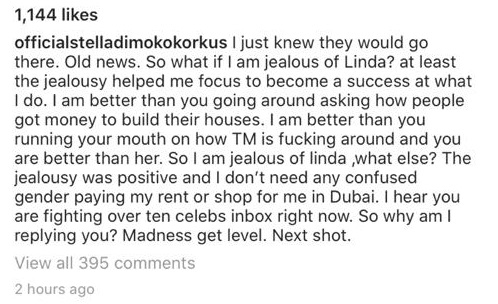 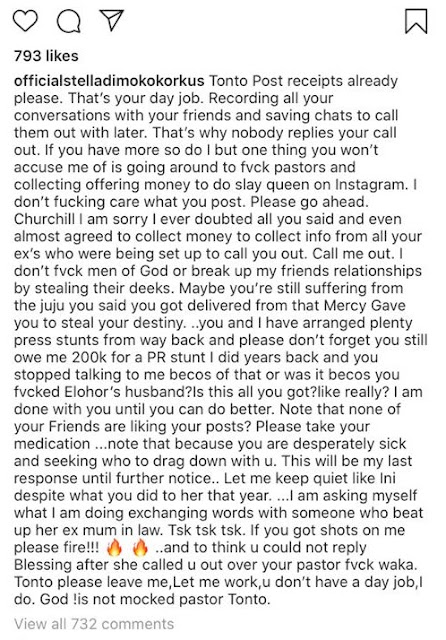 Bobrisky tries to step in;
Stella also revealed Tonto stole ‘Ini’s man’ and revealed Bobrisky is smelling down there; 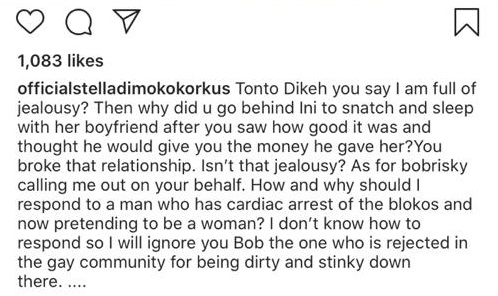 Tonto Dikeh responds to the allegation; 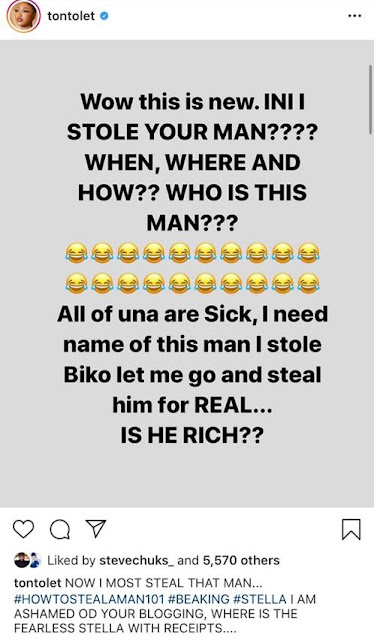 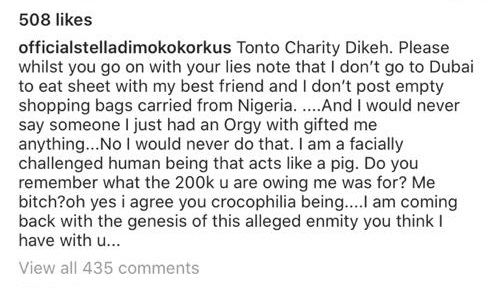 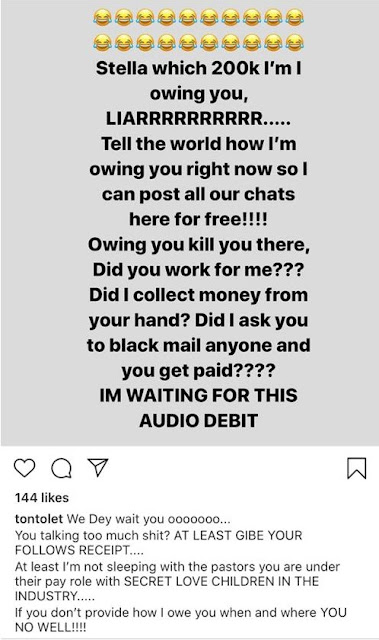 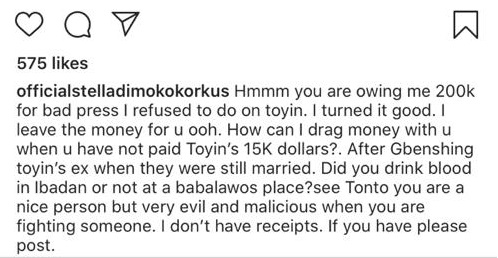