The Economic and Financial Crime Commission, EFCC in Ibadan, Oyo State, have reportedly freed 13 out of the 94 suspected cyber fraudsters recently arrested in Osogbo.
The 94 suspects were arrested on Sunday night after the agency raided three Night Clubs in Osogbo and Iwo towns, in Osun State. Recovered items included 19 exotic cars and over 100 phones.

13 persons were, however, exonerated and released after preliminary investigations found them to be innocent. The Deputy Chief Detective Superintendent of the EFCC in the state Bright Igeleke, said the latest arrests are an indication of the resolve of the commission to rid the country of economic and financial crimes. 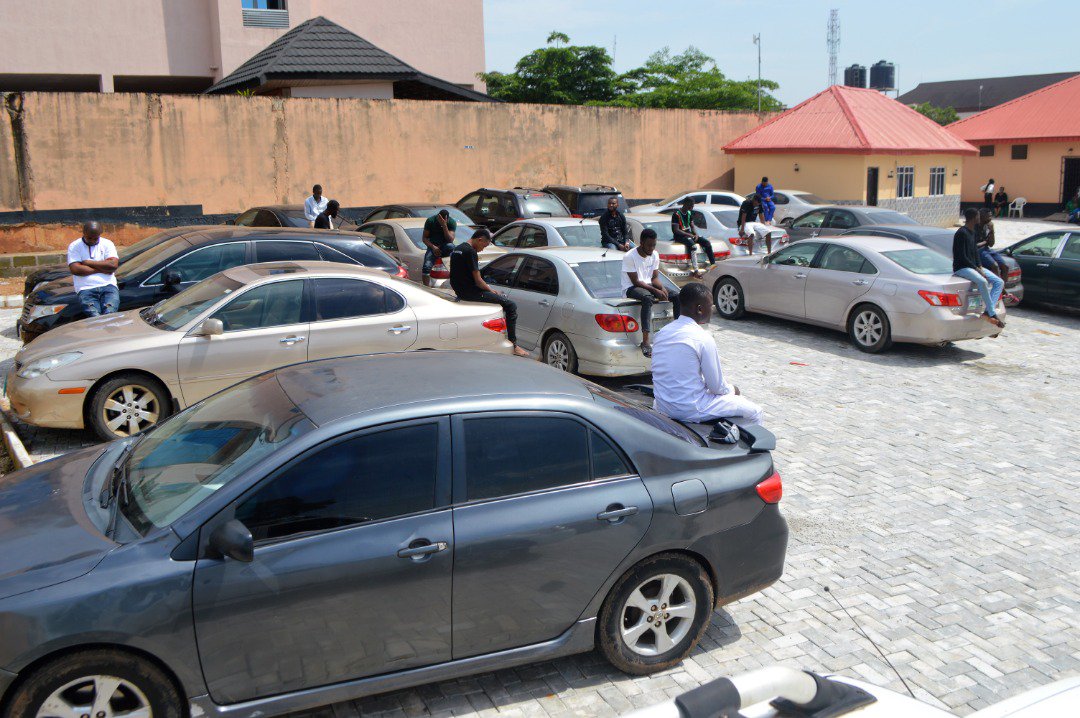 He further stated that so far, at least 152 convictions have been made on internet fraud and related offenses.