Pastor Joel Bamimore Seeks Divorce From His Wife, Says She Cheated On Him 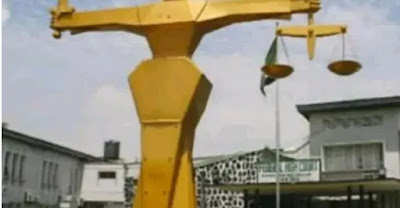 An Abuja based pastor, Joel Bamimore has filed for divorce from his wife Mary of 19 years at a Mapo Customary Court in Ibadan.


Bamimore seeks for the marriage to be resolved over infidelity stating that his wife has continually cheated on him due to his physical disability.
He also alleged that Mary was once caught in an uncompromising position with another man.
“I have forgiven Mary’s adulterous behaviours before. I can no longer tolerate it because I am also a pastor and for the sake of my well-being. On several occasions, Mary has hidden under the guise of going to our senior Pastor’s home to assist him to fetch water and wash his clothes. In the pastor’s home one day, I met both of them in a compromising position and my initial fear was confirmed,” Bamimore said.
Giving her consent to the divorce after denying the allegations, Mary stated that her greatest regret was not feeding the warning by her parents against marrying the pastor.
“I am not an adulterer, I have lived with Bamimore with all sincerity and honesty. The clergy he referred to as my lover, is a real man of God, in fact, he usually gives my husband, money to feed his family. I indeed used to assist the man’s family with their chores. It has become my husband’s way of life to accuse me of adultery and embarrass me in the public, stripping me naked and inflicting injuries on me,” Mary explained.
The president of the court, Chief Ademola Odunade, requested for more more evidence as he adjourned the case till October 30.
By Maryam Wokili