California Couple Accused Of Holding 13 Of Their Children Captive, A 17-Year-Old Escaped And Called The Police 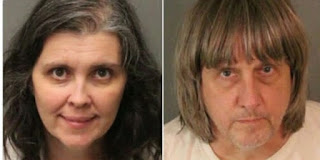 A 17-year-old girl who said she was being held captive by her parents in her home about two hours southeast of Los Angeles escaped on Sunday and alerted the authorities, who then rescued her 12 siblings , several of whom were found shackled to their beds and malnourished, the authorities said on Monday. 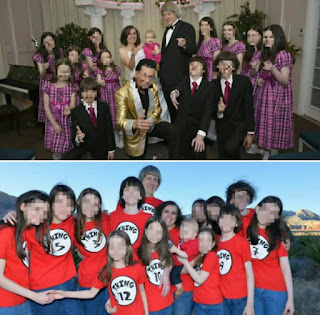 The 17-year-old used a cellphone she found in the home to call the police with her startling claim about her siblings being held against their will, the Riverside County Sheriff’s Department said. Officers found the girl’s 12 siblings — who range in age from 2 to 29 — in the foul-smelling house in Perris, Calif., living in the dark without access to adequate food or water, the department said.
Some of the children were restrained with chains and padlocks. “The parents were unable to immediately provide a logical reason why their children were restrained in that manner,” the Sheriff’s Department said in a statement.
The officers did not immediately recognize that seven of the 13 siblings were adults because they were emaciated. The sheriff’s office said that the 17-year-old girl who called 911 looked to be 10 years old.Their parents, David Allen Turpin, 57, and Louise Anna Turpin, 49, were both arrested on nine counts each of torture and child endangerment. They were being held in jail with bail set at $9 million each, the authorities said.The Sheriff’s Department did not say how long the siblings may have been held captive.Sheriff’s deputies provided food and water to the siblings, who claimed they were starving. They were later transported to hospitals for treatment. Their conditions were not released.California records show that Mr. Turpin had received state approval to run a private school, the Sandcastle Day School, at the family’s home, a one-story stucco house in a subdivision built in recent years. In a neighborhood where residents often walk outside and children run around a nearby playground, the Turpins stood out for never being seen, neighbors said.
By Maryam Wokili