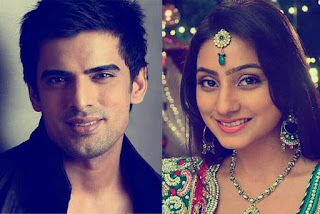 Tuesday 1 August 2017Saroj overhears Rashmi and her mother talking about Samrat’s behavior and she decides to ask Urmi about it. Samrat is supposed to pick Urmi up from her parents house after the ritual, but he sends Ishan instead.Wednesday 2 August 2017Urmi convinces Samrat to try the jersey on and she shares a few happy moments with him. She calls Trisha and she shares how happy she is with her. It's Urmi’s cooking ritual and she looks forward to seeing Samrat’s reaction.Thursday 3 August 2017Urmi sees the honeymoon package in Samrat’s drawer and misunderstands that they're going on holiday. Trisha’s parents visit to see Urmi. Samrat uses the opportunity to insult Trisha once again.Friday 4 August 2017Shashi seems to want Urmi to have problems with Samrat. Anu tells Urmi about the way Samrat insulted Trisha and she gets upset. Ishan gives up on helping Samrat and he breaks their friendship.

Monday 7 August 2017Ishan books tickets to leave, but Samrat tears them up. Urmi tells Ishan that Samrat isn't that bad and that she knows he planned a surprise honeymoon. Shashi receives a strange call from someone asking for money.Tuesday 8 August 2017Urmi asks to go home with Anu, but Samrat refuses and he reminds her that she is now a married woman. Anu has started to see Ishan in a new light. Sashi overhears Urmi tell Ishan about the Goa honeymoon and wants to ruin the trip.Wednesday 9 August 2017Shashi tries her best to stop Samrat and Urmi from going on a honeymoon. Anushka is heartbroken after she finds out Ishan is going back to London. Samrat makes it clear to Urmi that he is going to Goa, with or without her.Thursday 10 August 2017Ishan starts to realise that Anushka is in love with him. Samrat's father takes a video of Sashi in secret, just to prove she isn't really injured.Friday 11 August 2017Anushka tells Ishan about how she feels about him. Urmi is so happy about the honeymoon that she even forgets to pack the flight tickets. Saroj finds Anu's diary and it leaves her worried and upset.

Monday 14 August 2017Saroj informs the whole family about Anu's diary. Samrat refuses to be seen with Urmi for as long as she wears the traditional clothing. Urmi catches Samrat red handed staring at another woman at the beach.Tuesday 15 August 2017Samrat, Urmi and Ishan are at a beach party. Samrat realises that Urmi is being her serious, conservative self. He decides to spike Urmi's drink so that she loosens up. A strange man ends up dancing with her and he is left fuming.Wednesday 16 August 2017Urmi gets the hotel staff to decorate their room in order to suprise Samrat. After reading about her newborn niece in the newspaper, Aditi goes to visit the house to see the baby.Thursday 17 August 2017Samrat and Ishaan get into a fight about how he treats Urmi. Ishaan then swears to not ever want to see Samrat's face again.Friday 18 August 2017Samrat continues ill treating Urmi to the point where he deprives her of spending time with her family. Will Samrat's tyranny ever come to an end?