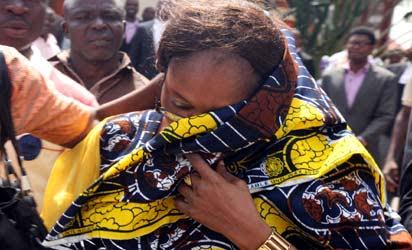 The EFCC yesterday told a Federal High Court in Abuja that the fourth defendant in the ongoing N24 billion police pension scam trial, Veronica Onyegbula, during interrogation in 2012 when she was arrested, claimed that she made $544,000 from sales of pure water.Veronica is standing trial alongside Esai Dangabar; Ahmed Inuwa Wada; Atiku Abubakar Kigo; Sani Habila Zira; Uzoma Attang and Christian Madubuike on criminal charges bordering on conspiracy and criminal breach of trust for their complicity in the scam at the police pension office.

It is alleged that the accused persons conspired and sequentially withdrew money from the Police Pension Fund (PPF) in an account domiciled at First Bank and shared it amongst themselves.

At the resumed hearing of the case at an FCT high court, one of the prosecuting witnesses and an operative of the anti-graft agency, Rukayya Ibrahim, told the court that during interrogation, the accused informed the agency that she made the huge sum of money from her pure water business. Rukayya said this while while giving evidence in the trial within trial requested by counsel to Onyegbula, Barrister Ernest Ikeji.
Led in evidence by prosecution counsel, Barrister Leke Atolagbe, Rukkaya told the court that all the statements made by Onyegbula were voluntarily made under a cordial interactive session and not under duress as being alleged by her counsel. 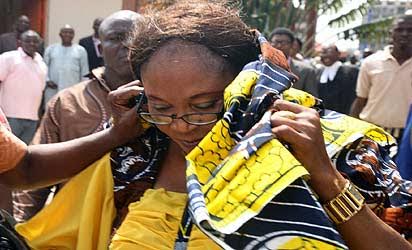 The presiding judge, Justice Husseini Baba-Yusuf, adjourned the trial within trial to Wednesday at the instance of the prosecution counsel.
By Maryam Wokili