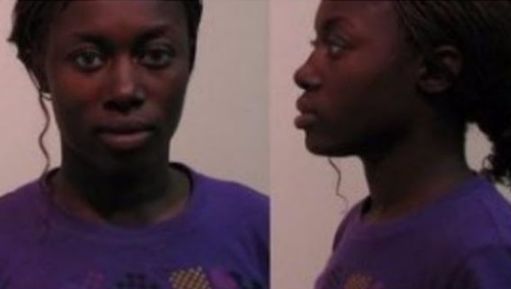 A 19-year-old girl from Limpopo in South Africa has been arrested for bleaching her baby in a bid to convince her doubting light-skinned boyfriend that he's the father.When the lady, Tinyiko Mkhesani, was pregnant her light-skinned boyfriend told her that he didn’t trust her and that if the baby came out a few shades darker, he was not the father.Since the guy worked away from home, she always filtered the baby’s pictures to look light skinned whenever he requested for them.The plot thickened when the guy eventually said he was returning home.

Out of desperation, the girl started bleaching the baby’s skin intensively for 4 days using a cream known as Movate to make the baby lighter so as to impress the father.

Unfortunately the baby’s soft skin couldn’t take the harsh chemicals of the bleach product and started peeling off.

Tinyiko’s mother forced her to take the baby to the hospital where she was forced to explain what had happened and the police were informed.

The misguided lady is now in police custody while the baby is being treated for the bleach wounds.
By Maryam Wokili