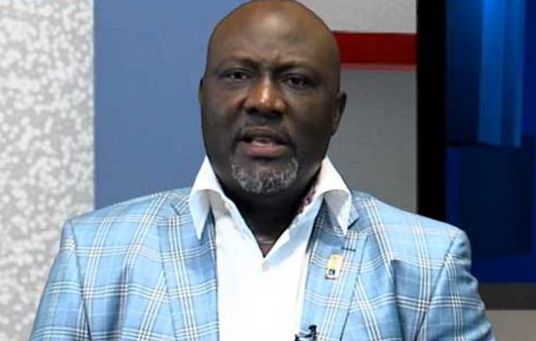 Senator Dino Melaye is the man on the hot seat. He's said to have bribed his way to a degree and is doing everything possible to cover his fraud.
Dino’s first degree in Geography from the Ahmadu Bello University, Zaria, has become a subject of controversy. In a desperate bid, his profile on Senate platform has been tampered with... 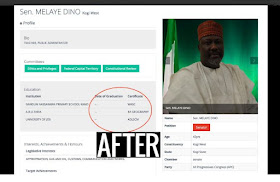 According to SR, Dino bribed his Head of Department, “who assisted him to forge his transcript.”The “university teachers at the Geography Department of Ahmadu Bello University in Zaria insist that Dino Melayo did not graduate, bribed his HOD/1.”“Exams Officers at ABU, Zaria insist that Dino Melaye never graduated from Geography Department, they said Dino’s name was not on the graduation list.Exam officers stated that Dino failed GENS 201, GEOG 307 (Long Field Trip Course), GEOG 404, GEOG 411 and GEOG 426.For now Dino is denying and SR is dishing out more evidence, even mentioning names.
By Maryam Wokili