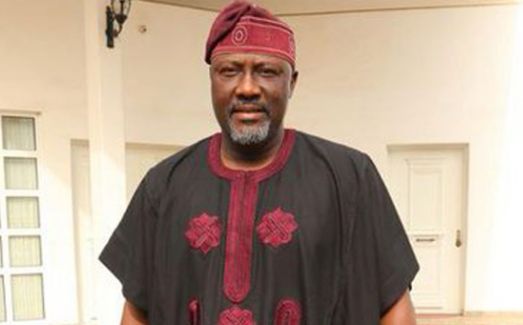 It is strongly being suspected that money is being used to control information about the true state of Dino Melaye's days in the university were he spent about 7 years struggling for a degree.The authorities of the Ahmadu Bełlo University, Zaria, are still meeting over the alleged certificate scandal involving the tough-talking Senaror Dino.

The school had said they would release details on Wednesday, but nothing was released.

The saga took a twist as the school's Information Officer rebuffed repeated calls to his cell phone.

When Punch called him with a number not known to him, he picked the call, but as soon as he discovered that the call was from the journalist, he became hostile.

He said, “ABU is not a motor park institution. We have ways of checking our systems for facts and records on such an issue. If your newspaper wants any information on the Melaye issue or any issue at all, you can write the vice-chancellor,” he said.

When reminded that he had promised that the university’s management would meet on the matter on Wednesday and give its position on Melaye’s academic status concerning his BSc degree in Geography, Mohammed declined and hung up.

A top source at the institution, who pleaded not to be named, said there appeared to be a problem with Dino's Bachelor’s degree in Geography, adding that the management was being careful because of the political implication of the matter.
By Maryam Wokili