Why Suspected Scammer Seun Egbegbe Is Still In Police Cell 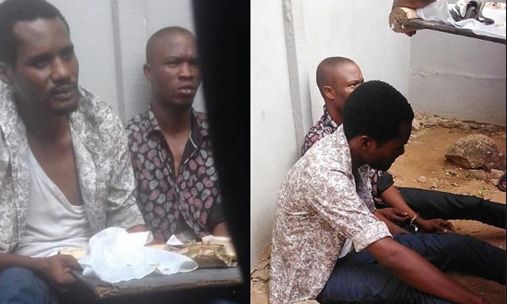 Seun Egbegbe, who is accused of attempting to swindle $9,000 and £3,000 from two bureau de change operators on Thursday, February 2, 2017, is still in custody of Lagos Police.He and his accomplice Ayodele Oyekan spent the weekend in detention. According to Encomium, their remand order has been extended again by the courts.


Encomium reports that when they contacted Police Public Relations Officer, SP Dolapo Badmos, she confirmed that the suspects are still detained.

“He’s still in custody. The Command got the consent of the court for his continued detention so as to allow extensive investigation since he’s an habitual suspect.”
Egbegbe is also expected to appear in court on Wednesday, February 8, in the case of alleged theft of 9 iPhone handsets on November 22, 2016, in Lagos.
By Maryam Wokili