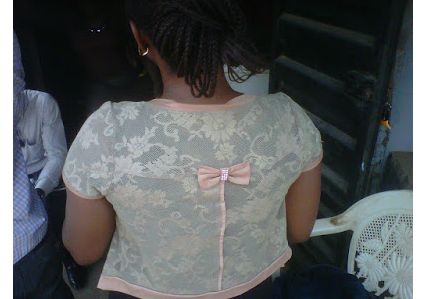 A Lagos court has declared a 45-year old man, Raphael Emmanson wanted, for allegedly obtaining N450,000 from a lady, Ms Chinedu Chukwu under the false pretence of marrying her and to procuring visa for both to travel abroad as husband and wife.The wanted man not only duped Chinedu of the said amount, he also made the victim to lose her fiancé and job with a pharmaceutical company and then fled.It was gathered that Chinedu suffered her fate after she met Emmanson at a park in Abuja where he pretended to be stranded and she decided to assist him.Emmanson, who is from Okigwe in Imo State, deceived Chinedu by telling her that he came to Abuja to procure visa to travel abroad but was stranded and needed a place to sleep till the next day that he purportedly had an appointment with an embassy.She took pity on him and drove him to her house after explaining to her fiancé what happened. She said when Emmanson got to her house, she introduced him to her fiancé.However, they became friends and after a while he ensured that she collapsed her relationship with her fiancé after he promised her marriage and that both will travel abroad.It was through that deceit that he managed to obtain the money from her to procure visa.After she gave him the money, the married man took off from Abuja to Lagos.Asides that the victim lost her fiance to the deceit of Emmanson, she also lost her job because part of the money taken off her was her company’s money.After searching for him for several months, Emmanson was eventually arrested in his hideout in a hotel at Shasha area by the police.Upon his arrest, it was discovered that the man is married with two children.


He was later taken to Ejigbo Magistrate’s court where he was charged with obtaining under false pretence and stealing under the Criminal Code.

The presiding Magistrate. Mr J.O.E. Adeyemi granted him bail and remanded him in prison custody pending when he will perfect his bail.

According to PM Express, when he was released from custody, Emmanson ran away again and has not appeared in court to face trial.

Consequently, the court has declared Emmanson wanted and ordered for his arrest. He's on the run.
By Maryam Wokili