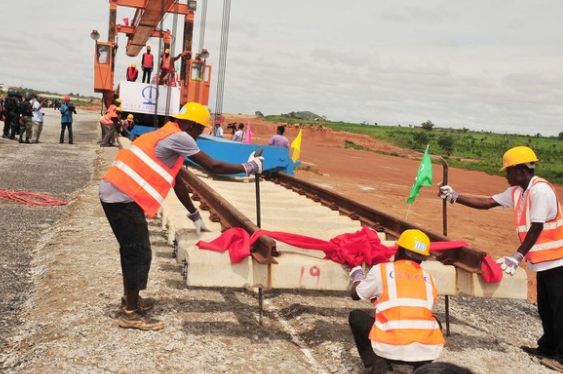 The Federal Government said it had secured $1.5 billion from the China Exim Bank to begin work on the Lagos-Ibadan rail line project.

Minister of Transportation, Rotimi Amaechi said this when he appeared before Senate Committee on Land Transport, chaired by Gbenga Ashafa, to give a status report of the 2016 budget and also present the 2017 budget.

Amaechi said the foundation of the Lagos-Ibadan Segment Two of the Lagos- Kano rail project would be laid before March 31.

He said the target of the Federal Government is to begin work from Apapa sea port to Ogun and then to Ibadan.

Amaechi said: “In the first quarter of 2017, the foundation of the Lagos-Ibadan Segment Two of the Lagos-Kano rail project will be laid.

“The implication here is that we will start the Lagos-Ibadan rail line before March 31. Our target is to begin from Apapa sea port down to Ogun and then to Ibadan.

“The counterpart fund is ready but don’t forget that we are borrowing from China. The China Exim Bank is processing it. Our 15 percent is ready. The bank has released $1.5 billion.

“It is also envisaged that Segment Three of the Lagos-Kano rail project, which is Kano-Kaduna stretch, as well as the first phase of the coastal railway line (Lagos-Calabar) beginning from Calabar to Port Harcourt with extension to Onne Deep sea port will begin after the conclusion of the negotiation of a financing loan agreement.”

He called on the National Assembly to approve the government’s plan to borrow $30 billion.

The minister said the money to finance some of the rail projects are contained in the $30 billion loan request the government is seeking the National Assembly’s approval for.

According to him, Nigeria cannot sign any loan agreement with China on rail projects without the approval of the National Assembly.
By Maryam Wokili