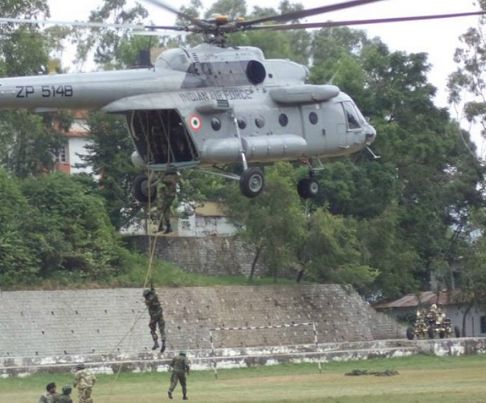 The gallant Nigerian Army has moved its Special Forces Training School to Buni Yadi, a town once controlled by the heartless Boko Haram sect in Yobe State.Created at the peak of the Boko Haram insurgency, the Special Forces is considered one of Nigerian Army’s most effective fighting unit.Giving reason why the training school was moved from Niger State to Buni Yadi, the Chief of Army Staff, Tukur Buratai, said:


“We know the importance of this place – Buni Yadi. This is the route they (terrorists) passed through to other parts of the North East and even Plateau in the North Central.”

Buratai who spoke while addressing troops at the training school on Saturday, added that “It is better for us to have dominated and taken over the place,” he also assured the troops of their welfare and logistics need, including required equipment to completely defeat whatever is left of Boko Haram.

Buni Yadi, headquarters of Gujba Local Government, was controlled by the Boko Haram for several months before it was recaptured by the gallant military in March 2015.

It is the town where 59 schoolboys were murdered by Boko Haram as they slept in their dormitories at a Federal Government College in 2014.

General Buratai assured that the military will restore full peace to North East in line with the desire of President Muhammadu Buhari.
By Maryam Wokili