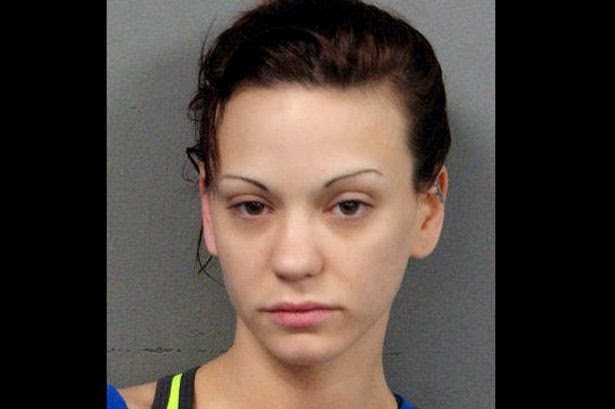 I keep wondering what is this world turning into day by day because they are different abominable things happening around us. Here is  a 26-year-old woman, Angeline Lodice, (pictured above)  who has been arrested for performing a sex act on her 3-year-old son and was also filmed on camera having sexual intercourse with a dog.

Lodice was on Thursday indicated and faces life in prison, but she will appeal against the charges, claiming that she is not guilty because she is insane.

Police arrested her after seeing footage of Lodice performing a sex act on her 3-year-old son which  leaked after thief's burgled her home and stole her laptop. The shocked thieves anonymously forwarded the videos to police

If experts do find her to be insane, she will be sent to a mental hospital indefinitely! He said.... Follow @maryamwokiliblog BBM Pin- 2AD7BD2D and BBM Channel- C003F8977
By Maryam Wokili