Shocking!! Man sets 3 churches on fire because he is still poor despite church preaching prosperity 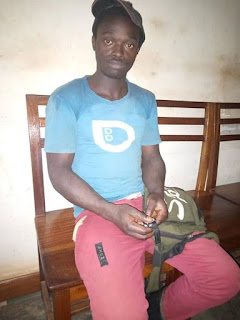 Police have on Monday arrested a 21-year-old man who allegedly set three churches ablaze in Kasokoso Kira Municipality in Wakiso District, Uganda, because they preach prosperity gospel and yet have failed to get him out of poverty.

According to a police statement issued shortly after his arrest, the suspect John Reagan Ngobi, told them that he got angry because he remained in poverty.