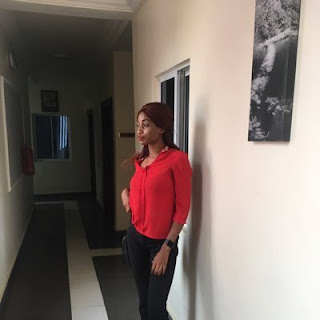 A Nigerian lady took to Twitter to disclose that she got a man arrested for touching her boobs while she was sleeping in a bus in Lagos.

@yinkaechi who gave the man’s name as Deji, said the incident occurred onTuesday morning after they boarded a bus from Oshodi to Iwo Road. She further disclosed that after the arrest, people were begging her to let it go since it is not “rape”.