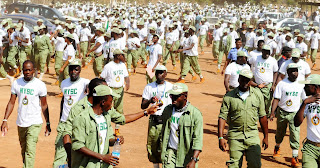 A serving member of the NYSC has been nabbed for allegedly forcing himself on a student in the school he teaches.

The NYSC spokesman in the state, Mr. Alex Oboaemeta, however, denied the allegation, saying investigation was ongoing into the incident.

According to Punch Metro, the police in Katsina on Tuesday arrested and detained a member of the National Youth Service Corps in Katsina for allegedly raping a student in the secondary school where was posted for his primary assignment.

The corps member, whose identity was not revealed, is being detained at the Sabon-Garin Police Station, Katsina.

The Police Public Relations Officer, Katsina State, SP Gambo Isah, confirmed the incident.
He said, “Yes, the boy has been arrested. But we are awaiting the medical report to firmly establish the allegation.”

It was alleged that the victim, a Junior Secondary School 1 pupil at the Government Girls Secondary School, Katsina, made the allegation against the corps member, leading to his arrest.

Punch Metro was told that the pupil alleged that the corps member committed the act when she visited him at the residence the school provided for serving corps members in the community.

Sources further revealed that the school management and the NYSC authorities met on Monday to discuss the issue before the police were invited on Tuesday.