Home» Crime» News.» Sad! Teenage Girl Who Was Stabbed By Guy She Rejected His Advances Has Died (Photos)

Sad! Teenage Girl Who Was Stabbed By Guy She Rejected His Advances Has Died (Photos)

The 16-year-old girl, Alero Eyesan who was stabbed on her thigh by a guy said to be wooing her has given up the ghost, according to reports. She reportedly died this morning after the injury sustained spread very fast all over her body.
The teenage girl was stabbed in Delta state on the 31st of December, 2017 after rejecting advances from the guy who is popularly known as ‘Osama’
The suspect was said to have laid an ambush for her as he attacked and stabbed her in the process.
She was immediately rushed to central hospital where the doctors prescribed things to be bought for her treatment.
The girl was said to be in tears because of the unbearable pain, while the guy who stabbed her is currently on the run. 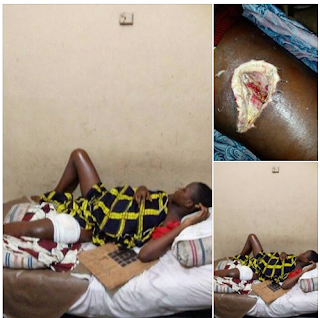