A man identified as Stu Mac managed to transform from a skinny football player to a serious bodybuilding competitor after being inspired by an Instagram star. After suffering from injuries that have included burst veins and stretched muscles, Stu has achieved his aim and is competing at bodybuilding competitions at a professional level.
Stu now regularly completes a 200kg deadlift, 170kg bench press and 170kg squat as he trains five to six days a week.
According to reports, Stu’s efforts have seen him tour around the world and take part in exclusive competitions – winning World Champion WBFF muscle model in 2015. 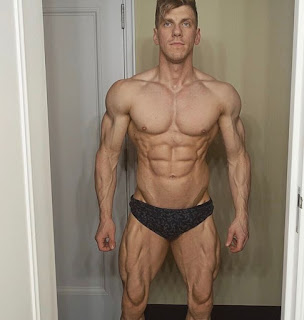