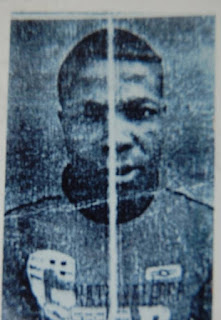 Akwa Ibom State Police Command has declared one Akaninyene Jimbo Uko a.k.a Isoakpaefit ‘m’ of Ikot Ibekwe Ukanafun L.G.A, whose photograph appeared below, wanted. He is wanted by the Police in connection with series of kidnapping cases in Akwa Ibom State.
The command is appealing to members of the public with useful information as to his were about to kindly contact the nearest police station or call the following numbers 08020913810, 08039213071, 08028916010,08026418716, please.
DSP BALA ELKANA
POLICE PUBLIC RELATIONS OFFICER
FOR: COMMISSIONER OF POLICE AKWA IBOM STATE