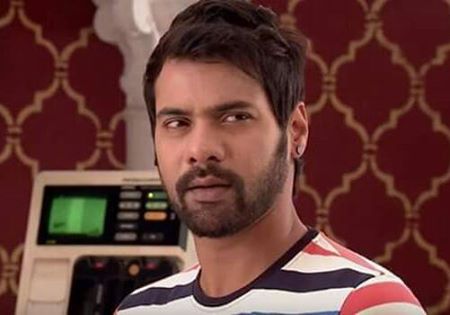 They reach home. Abhi asks if this is needed. Pragya says yes, it is needed as you have to convince Dadi for marriage. They go to Dadi. Pragya says he came here, and I did whatever you said. Dasi tells Dadi that it seems Pragya has convinced him. Pragya tells that Abhi’s marriage with Tanu is their mutual decision. She says she has given her approval being his wife and wants Dadi’s approval now. Dadi says she wants to listen same thing from Abhi, and asks if he wants to marry Tanu. Abhi is silent. Dadi stumbles and says she will inform her decision tomorrow. She asks them to leave her alone. Once they leave, Dadi cries and says they love each other, but then also they want to be separated.Pragya packs her stuff. Abhi asks her why she is packing her things as Dadi will decide tomorrow. Pragya gets emotional and says she don’t want to wait for anything after hearing Dadi’s judgement. Abhi tries to help her and they get closer. Pragya realizes and moves away. Her finger gets hurt, and Abhi sucks her injured finger. Pragya gets emotional and a sad song plays.Abhi telling Pragya that he wants to rest on her lap for one last time. Pragya lets him rest on her lap and cries. In the morning, Abhi wakes up and finds himself sleeping on bed. He calls Pragya. He calls Robin then. Robin comes and tells that Pragya didn’t come even to make coffee. Abhi thinks she might have gone to Dadi. He goes to Dadi and asks if she has seen Pragya. Dadi says no, she didn’t see her in the morning. Abhi says Pragya might have left. Dadi says she is sure that Pragya can’t leave without hearing her decision.Bulbul talks to Purab and scolds him. Purab says he is coming soon. Bulbul says she is going to Goa with her friends. She says she is going for vacation for sure. Purab says he will come in the morning and then they will go together. Bulbulasks what about jiju’s work. Purab says he will see. Abhi asks if anybody have seen Pragya? Pragya comes. Abhi asks where did you go Pragya? Atleast you would have waited for Dadi’s decision. Pragya says she went to bring someone who was related to Dadi’s decision. Abhi asks who? They see Tanu coming. She asks Dadi about her decision. Dadi says she can’t tell her decision and cries. Pragya says we can’t wait and this is the right moment for taking the decision. Dadi turns her face. Pragya tells her that truth will not change, and asks her to take a decision for Abhi’s betterment and home. She asks her to permit her to go from the house and then she will understand her decision. Dadi gets emotional and cries, and says I didn’t bring you for this. She asks her not to take her test. Pragya asks her not to increase her pain, and asks her to let her go if ever she loves him. She touches her feet.Dadi hugs her and cries. Everyone looks on. Tanu looks on uninterested. Pragya meets everyone. She asks Rachna to take care. She gives consent papers to Abhi, saying she is having no objection with his marriage, and she don’t want anything from him. Abhi turns his face and refuses to sign. Pragya asks him to sign thinking about the baby, and for her. Abhi signs on the papers unwillingly. Tanu smiles. Kaisa Yeh Ishq Hai plays…………..Abhi gets tears in his eyes as well, when Pragya is leaving the house. He reminisces their marriage. Pragya also reminisces their marriage and walks out of house with teary eyes.Pragya goes to Sarla’s house and thinks to makes an excuse, as she can’t shock them with truth now. Sarla sees her and gets happy. She asks where is Abhi? Pragya says she left him and says she is joking. Sarla asks her not to say that. Bulbul talks to her. Sarla says she will not send her if Abhi didn’t come. Pragya says she will stay there for 10 days and asks her to fulfill her promise. She asks her to make ginger tea and onion pakodas.Tanu is in Abhi’s room and throws Pragya’s stuff in the cartoon. Abhi sits sadly, still lost in Pragya’s thoughts. Tanu sits beside Abhi, hugging him. She says I am very happy that Dadi agreed for our marriage. Abhi pushes her. Tanu gets up, sees Abhi and Pragya’s marriage photo frame and throws it. Abhi catches it and asks her not to dare touch it. Tanu says why? We are going to marry? Abhi says we are going to get married, but are not married yet. He asks her not to touch the photo and asks her to leave. Tanu thinks Abhi’s mood is off and thinks to leave. He looks at their marriage photo and cries. Hamari Adhuri Kahani plays………….Pragya too looks at the photo and cries. Abhi hugs the photo and cries.