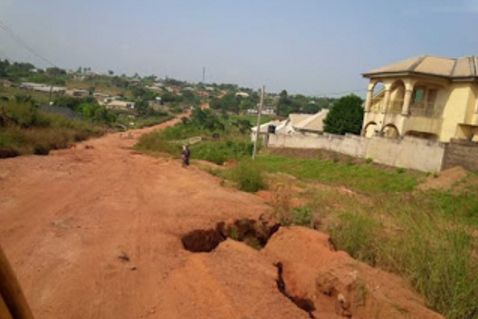 Tragedy struck at Umuchagu Osokwa in Osisioma Ngwa council area of Abia State when a man, said to be in his early 20s, beheaded his own mother, took her blood and fled the community. The mum, identified as Cecilia Nwanjie, was said to have returned from the farm at about 6.30pm, last Thursday to meet her son who visited home. After exchanging greetings, Cecilia, according to a community source, went into the kitchen to prepare dinner for the family.

The woman, Vanguard learnt, had been leaving alone since the death of her husband, Nwanjie Onyerionwu, and engaged in menial jobs to make ends meet as her two sons live outside the village.

Having been assured that no one was at the compound, the junior son allegedly attacked his mother with a machete and slashed her throat, collected her blood and fled the area.

A source said neighbours were attracted by a loud cry from the Nwanjie compound at about 7.30pm after which Cecilia’s lifeless body was discovered surrounded with blood soaked items.

A search party was said to have combed the surrounding bushes but the assailant was nowhere to be found as at the time of reporting.