Man Dies Having S3x With Four Ladies In Lagos 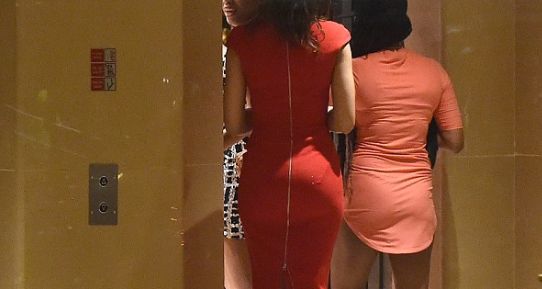 Kokomaster was his alias by which he was more known in the neighbourhood as a lover boy and a super stud. But, March 23 was a.tragic day for late Olanimu Babatunde, as he died trying to live up to his billing as a man of high s*xual prowess.

The 29-year-old died after a fivesome s*x romp with four young ladies in his house on Thomas Street, Lagos Island.

His s*x partners, now answering questions on the man’s curious death from the police, claimed that they never knew Olanimu was dead until around 4am on the fateful day when they realized he no longer responded to their touch. “We thought he was enjoying it, so we were taking turns and just having fun. It was when we realized he was no longer responding that we screamed,” one of the suspects told the police.

An eyewitness, identified as Jide, who rushed to the scene when he heard the girls screamed, said that Mr Olanimu was confirmed dead same day.

He said: “The girls, who were already intoxicated at that time, said they thought he was enjoying it, so they kept going on taking turns and just having fun. It was when they noticed that he wasn’t breathing that they started screaming.

People rushed into the deceased’s apartment to find the four undressed girls and his lifeless body. They immediately alerted the police, who came few minutes later to arrest the suspects.

In their statement to the police, the ladies said: “We met Olanimu on Wednesday evening when we were coming from a friend’s birthday party which we attended at Surulere. We were at a bus stop when a car suddenly stopped in front of us.

The driver asked where we were heading, we said we were going anywhere he was heading to. He smiled and asked us to get in. When we all got in, he enquired if we were hungry, we said yes, so he took us to a restaurant and we all ordered whatever we wanted to eat. While we ate white rice and pepper soup, Mr Olanimu ate pounded yam and egusi soup.

“After we finished eating, we continued our journey. Now, it was dark, when we arrived at Mr. Olanimu’s residence. We got out of the car and entered his apartment. While we were seated, he asked us what we wanted and we said we wanted to get high and that he should turn on the music, so he did and afterwards arranged drinks for everyone. While we drank and danced Mr Olanimu, started touching us, kissing and spraying money. Overwhelmed by happiness, we responded and equally caressed him.”

They later ended up in his room and continued what they had started in the sitting room, handling one another, and having s*x.

Police investigation, it was gathered, ruled out initial suspicion that Olanimu probably died of poison. Rather, it was linked to s*x induced exhaustion. The girls were released on bail last Saturday morning, while the remains of the deceased had since been buried by his family.