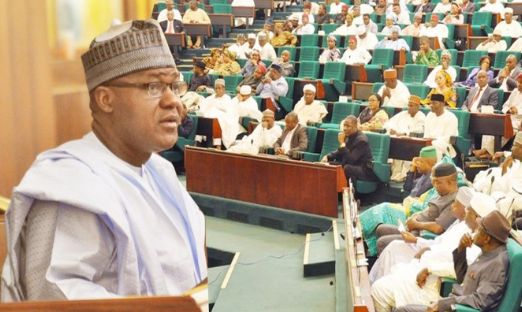 The House of Representatives wants persons convicted of economic and financial crimes to be sent to jail for at least 20 years.This is part of details of new amendments to the Economic and Financial Crimes Commission Act.For now the Act prescribes a penalty of “not less than 2 years” for economic and financial crimes.Lawmakers consider this to be “lenient” for the serious crime of stealing public money or other forms of financial crimes being committed by looters.Four consolidated bills before the House are seeking to further empower the EFCC to fight crime, insulate the anti-graft agency from interference by the Presidency and enhance its autonomy.One of the bills, which was sponsored by a member from Cross River State, Bassey Ewa, proposes to raise the two-year term for economic and financial crimes offenders to 20 years.In the new bill, Section 18 of the Principal Act is amended to prescribe tougher punishments for economic and financial crimes.The new subsection (C) reads: “All convicted persons shall serve an imprisonment of a term not less than 20 years and have their ill-gotten property, accounts or investment confiscated by the government.”The proposal also states that plea bargaining or returning the full amount stolen does not exclude the convict from penalty.Another key amendment seeks to remove the power of appointing the Chairman of the EFCC from the President and to be vested directly in the hands of Nigerians.Under the extant provisions, the President appoints the chairman and forwards the name to the Senate for approval.But in the new amendment, members of the public, through a petition to the National Assembly, are empowered to make the appointments.For example, Section 3 of the Principal Act is amended to insert new subsections (4) and (5).The proposed subsection 4 reads: “Petitions against the Chairman or any of the members of the EFCC emanating from the public or the private sector shall be submitted to the National Assembly.“If upon investigation and found culpable, a simple majority vote of members of the National Assembly is required in considering the fate of the chairman or any of the affected member.”Subsection (5) provides that the resolution, when passed, will be forwarded to the President, who shall within 30 days, either accept the resolution or reject it.The section empowers the National Assembly to override the President’s veto with a “two-thirds majority vote” of senators and members of the House of Representatives.To make the EFCC financially autonomous, the House proposes in Section 35 of the Act that the commission should retain “0.1 per cent” of recovered looted funds.It is also to retain “0.1 per cent” of its Internally-Generated Revenue.Another “0.1 per cent” of contracts awarded by the Federal Government is to be credited to the account of the commission.
Some of the proposed amendments are good.