Cultists Abduct Lecturer And His Daughter, Kill 2 Others In Rivers State 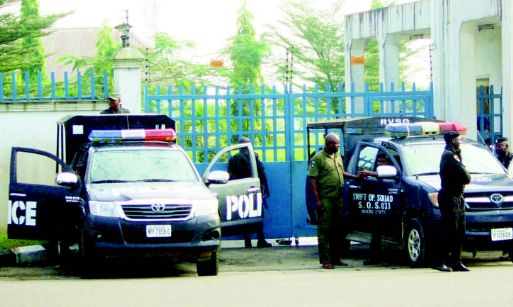 Suspected cultists on Monday night killed two persons identified as Emma and Dele in Omoku in Ogba/Egbema/Ndoni Local Government Area of Rivers State. Situation getting worse.The killings occurred three days after youths in Omoku announced their resolve to go after anyone who engaged in killing, kidnapping and politicians who would want to arm youths in the area for his political ambition.The victims were murdered in their residents along Ahoada Road in Omoku at about 11pm.A source, who lived close to the compound where Emma and Dele were assassinated, said the assassins firing several gunshots during the operation, causing panic in the area.The source noted that about three hours after the operation, some of the neighbours to the victims discovered the remains of the two victims.It was gathered that security operatives had visited the scene of the incident and ordered that the remains be deposited at the mortuary while investigations commenced into the killings.Also, a senior lecturer at the Federal College of Education (Technical), Omoku, Isaac Messiah, and his daughter were kidnapped by unknown gunmen.Mr. Messiah and his daughter were kidnapped at his residents around Lagos Avenue along Ogboo Road in Omoku.

A source from the community, who confirmed the incident to Punch, said the suspected kidnappers stormed the residents of the victims by 1pm on Monday with a Toyota Camry and took the duo to an undisclosed destination.

When contacted, the Police Relations Officer of the Rivers State Police Command, Mr. Nnamdi Omoni, confirmed that there was a cult war in the area.

Omoni, who is Deputy Superintendent of Police said, “I am not aware of the kidnap of the lecturer and his daughter. But I am aware of the cult incident. The killing was cult-related.

“Two rival cult groups clashed; before our men got there, one the groups had got their target and left the scene. Our men are still on their trail.”