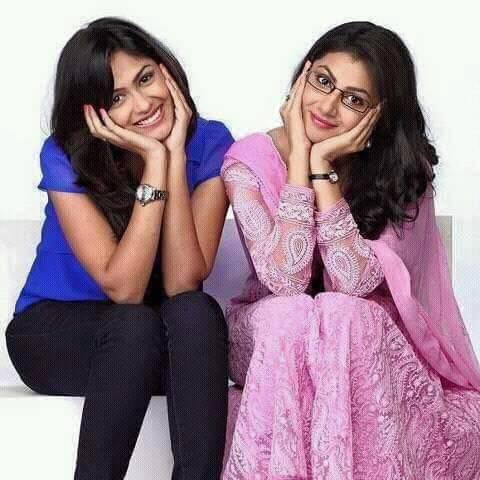 Pragya thinks Abhi went against her when she told she does not love him, so she has to use same kind of trick and make whole family against her.In the morning, daadi calls whole family. Akash does not come. She asks Taiji to call Akash. Akash comes and says he is ashamed of his yesterday’s mistake and promises he will never drink. Daadi says he will be punished and his punishment is he should marry tomorrow. Akash is shocked to hear that. Daadi says she knows he loves Rachna, but she rejected his pleas many times, so now she wants him to marry the girl she selects. He agrees and says he will marry the girl she selects. Daadi asks Taiji if she is happy. She says she is but how will the marriage happen tomorrow. Abhi says Daadi must have thought well. Daadi asks taiji to call her selected girls’s parents.Akash is crying looking at Rachna’s picture . Pragya enters and asks if he is happy. He hides the picture and says he is. She asks why is he hiding his face then. He says he could not convince Rachna at all to marry him and troubled her a lot. She says if she should talk to her. He says daadi said he cannot be happy with that girl, so he is fine and asks her not to worry.

Pragya tells Akash and Rachna that she called them to the temple to get them married right now. Rachna says it is not possible. Akash asks if she knows she is doing wrong. Pragya says they are doing a mistake and with one wrong decision, they will regret forever. Rachna says she will not regret as Akash is getting married tomorrow. Pragya tells Akash he will spoil another girl’s life if he marries another girl and what will she feel if she does not feel love in his eyes and what will he feel if that girl gets pregnant. She then tells Rachna that her child will be called illegitimate and whole society will ask his father’s name, maybe she will marry another man to give father’s name, but what is the guarantee that man will accept her child. She further tells they both are doing mistake will ruin a girl and child’s lives. They should forget the past and think their lives will be peaceful, they will get happy seeing each other’s face in the morning and enjoy seeing their child’s play. Their one mistake will ruin their future and their child will blame them for its ruined future. She tells Akash that she did wrong by calling him here before his marriage, but her decision is not wrong and they will blame themselves for their whole life and asks if they want to live life with their memories or live together.Racha apologizes to Akash and hugs him. He also gets emotional. She says she did not realize how much he has changed and how much he loves her. He says they realized their mistake and he will marry her right now here and will not care about his family’s anger as she and their child is his family now. Rachna asks Pragya what will she tell Suresh. Pragya asks to think of herself and once they get married and live happily, everyone will forgive them. Akash says sister-in-law is telling truth.Daadi sees Abhi emotional and asks what happened. Abhi says he is very lucky to have her in his life, she takes care of him like a mother and even takes care of Pragya like her daughter and not daughter-in-law. He says today is mother’s day and wishes her happy mother’s day. Bride and her family enter with their relative. Taiji and daadi greet them in. Mom tells Taiji they made arrangements really well. Daadi says Abhi arranged everything. Bride says she is very happy that she is getting married in Abhi’s family and asks if she can take a selfie with Abhi as she wants to show it to her friends on Facebook. Daadi permits. She goes and sits with Abhi who is busy designing mantap and asks if she can take selfie with him. He says she took it yesterday. She says her friends are taunting that her picture was random, so she wants to click another one. He permits her, then walks to Daasi and asks if she saw her daughter-in-law. Daasi points at bride and says she is busy clicking selfie. He says she is talking about Pragya. Daadi taunts him that he cannot live without Pragya even for a second. Daadi asks Abhi to call Akash. Akash sees Abhi’s phone and tells Pragya that Abhi is calling. She asks him to pick call. Akash says he cannot lie to Abhi , so he will not pick call. Abhi thinks he must be driving.Pragya convinces priest to get Akash and Rachna married and priest starts their marriage. A man sees Rachna and runs of inform Suresh. Daadi asks Taiji to call priest, but she gets busy serving bride’s parents. Mitali sees bride taking selfies and asks if she knows anything other than taking selfies. Girl gets confused. Mitali asks if she knows household work as her in-law is very strict. Bride says she is joking and says she is getting married in rockstar Abhi’s house and does not have to work. Mitali thinks let her be in euphoria, she will come back to reality soon and will serve her. Taiji takes her to corner and asks her not to think taking bride’s service. Parents ask Taiji where is groom. She says he went to bring his sherwani.Suresh comes home and does not find Rachna. His friend calls him and informs that Rachna is getting married in a temple. Suresh runs towards temple.Abhi informs Daadi that Akash's phone is not reachable. Aaliya asks what happened. He says Akash’s phone is not reachable. Daadi feels tensed. Daasi asks her to relax. Mitali thinks this house is full of dramas and hopes Akash should not come back. Meanwhile, the Priest asks Akash to apply sindhoor in Rachna’s forehead. Suresh comes and shouts at Rachna.Suresh asks Pragya, why you are here. And you didn’t tell me that they are marrying. Pragya asks Suresh to come with her and asks Rachna and Akash to continue marrying. Suresh says Akash will spoil Rachna’s life again. Pragya says she is doing what he was supposed to do. Suresh says everything has happened right in front of you. First he acted to love her, made her pregnant and then left her. Pragya says you just know that had happened in the past, but don’t know what will happen in the future. Suresh says Rachna can’t be happy in that house. Pragya says she is very happy in that house. Suresh says he knows well. Pragya says everyone thinking is different. She asks can’t you see your sister’s happiness. Suresh is shocked.