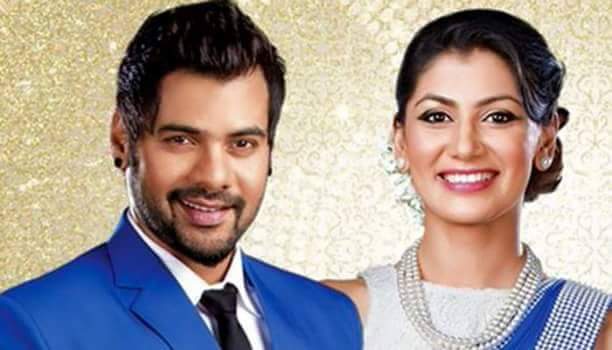 Akash discusses with Abhi about new business deals and client wanting to do business in old rates, so he kept him on 1 week hold. Purab praises him that he learnt business so soon. Abhi sayshe is his brother. Aaliya asks Abhi to give 50% of his profit. Abhi says she can keep 100% as he is earning for her and Daadi.

Bulbul comes there and takes Purab from there.They both go to Pragya’s room and tell they haveboth decided not to get engaged until she proposes Abhi. Pragya says she will not. Purab says they tried to make her propose thrice, but she did not. Pragya asks when did they try. He tells how he hired Abhi’s mad fan and other 2 incidents. Pragya says Abhi likes her and tells the incidents where Abhi priased her, etc. Bulbul tries to convince Pragya to propose Abhi. Purab says as a childhood friend, he can say that Abhi will neither accept nor deny Pragya’s proposal as he will compare her to Tanu and will eventually accept that she is better than Tanu.

Pragya says she will not take risk. Purab and Bulbul say she should take a risk and Bulbul says she has challenged Tanu that she will unitePragya and Abhi in 3 days and Tanu challenged that she will separate them. She says if she doesnot propose, she may lose Abhi. Purab says theyboth want her to unite with Abhi.Akash asks Abhi to accompany him to Gurudwara. Taji says she already went in the morning. Mitali says if she would have taken her,she would have also prayed for Raj. Abhi gets sad and walks out from there. Tanu says Aaliya that she will calm down Abhi.

Aaliya asks her to be patient as Pragya wants her to do any mistake and make Abhi hate her, says she used same strategy against her, but now she knows her plan well. Tanu says she does not have patience.Abhi comes towards Daadi’s room and sees Pragya in lawn. Pragya acts as cleaning vase, etc., sees him getting restless and asks if he hasany problem. He says she is his biggest problemand asks her to stop troubling him. Tanu and Aaliya come there and see him scolding Pragya.

Doc comes and Abhi takes her into Daadi’s room.Pragya goes to kitchen. Bulbul asks if she proposed Abhi. Pragya says she did not and says he is acting as a big rockstar. Bulbul says he is. Pragya says he scolded her in front of everyone. Daasi comes and asks if she gave Daadi’s medicines and says doc is questioning. Bulbul says Abhi was nervous thinking of Dadi and not her, so she should go and propose him.Doctor scolds Abhi for not taking care of Daadi well and blaming doctors. Daadi says she is fine.Doc says she is losing weight and it is not a good sign. Abhi says he would have taken care of Daadi. Aaliya tells that Pragya did not allow her to take care of Daadi, else she would have take care of her. Abhi asks her to call Pragya.