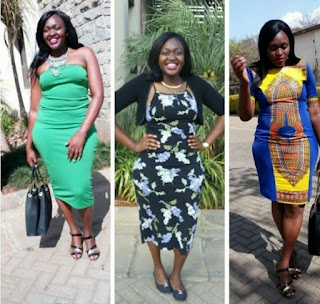 Doreen Moraa is a confident woman you have never met before. The 24-year-old Kenyan lady was born with HIV and has disclosed in an interesting interview with eDaily how she learnt of her status while still in primary school.

Her story is touching yet a great lesson for those who still treat HIV and AIDs like a death sentence.

Doreen's parents are a discordant couple, meaning one of her parents is HIV positive(+) and the other one is HIV negative(-). She comes from a family of five siblings, one died a few years back. She is the only child in her family living with the virus.

About how she got to know of her status, Doreen said: "When I was aged 12 and a pupil in Standard Seven. During one of my many hospital visits, I overheard my mum talking with my doctor. All along, I was visiting the hospital, but I did not know what exactly was wrong with me. I heard the doctor ask my mum: ‘When did you discover that she is HIV (Positive)?’' "I did not even wait to hear my mum’s response. I was already confused. It found when we had already been introduced to HIV in class. So, our teacher made it sound like it was a death sentence. I was shocked to hear the doctor’s question directed at my mum. But after some time I thought to myself: maybe I heard the wrong thing. I thus brushed it off." "The following year, my mum went into coma. She was really sick. Actually, we had given up. We thought she was going to pass on. But then, she recovered. And after fully regaining her health, she took me to hospital, I got tested and the doctor disclosed to me my HIV status. He told me: ‘Doreen, you will have to take antiretroviral drugs for the rest of your life." Doreen's dating life has not been easy because telling someone your status is rather scary because you are afraid of their reaction. She once dated a guy whom she disclosed her status to.

At first, he thought she was joking and so they went to get tested together. She came out positive and the guy was negative. He was shocked and couldn't speak on their way home. With that, she feels challenged to disclose her status her status to someone because of their reaction.

As she went about her life and learning to deal with her status, she set up a group called Hope Alive. It is comprised of young people who spread the word that living positively is not the end of the world.

Moraa always encourage other people living with HIV and everyone saying, "HIV is not a death sentence and the cure to HIV doesn't lie in some laboratory in America, China, Korea or Britain."