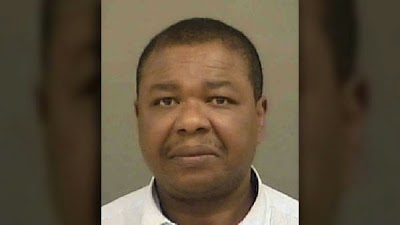 52-year-old Nigerian Doctor based in Charlotte, Dr. Fidelis I. Uwensuyi-Edosomwan (pictured above) has been accused of sexual assault by 16 women.

According to WBTV reports,  police say 14 more women have come forward accusing Dr. Fidelis I. Uwensuyi-Edosomwan in Charlotte of sexual assault and was arrested on January 30, on sexual offense charges related to two patients - two counts of second-degree sexual offense and three counts of sexual battery and given a $57,500 bond.

According to the arrest warrants, Uwensuyi-Edosomwan "unlawfully, willfully, and feloniously did engage in sex offense with [Victim 1] by force and against that Victim's will" on January 2. The warrants state the same for the second victim on January 14. The warrants go on to state that Uwensuyi-

Edosomwan "unlawfully and willfully for the purpose of sexual arousal and sexual gratification engaged in sexual contact, by pushing his erect penis onto the [second] victim's hand during a medical examination by force and against the will of the other person."


"Both victims reported within the first 24 hours that it occurred," investigators said during a press conference Tuesday. They also said the alleged victims were not sedated during the incidents. Police now say on Feb. 12, that 14 more woman had come forward claiming they were victimized by Uwensuyi-Edosomwan.

They say the allegations are being reviewed by detectives to determine if there were any criminal acts committed. The NC Medical Board documents note that Uwensuyi-Edosomwan "vehemently denies" all of the charges.

Dr. Uwensuyi-Edosomwan was ordered not to practice medicine "until such time as he is given permission to do so by the NC Medical Board President."
Follow @maryamwokiliblog BBM Pin- 2AD7BD2D and BBM Channel- C003F8977