Home » Unlabelled » 2 Young Lesbians Caught Doing It in A Beer Palour, Sentenced To 14 Years In Prison In Anambra

2 Young Lesbians Caught Doing It in A Beer Palour, Sentenced To 14 Years In Prison In Anambra 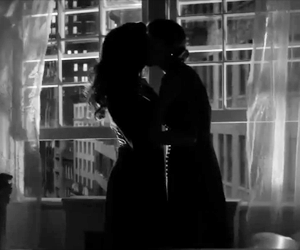 Two young ladies identified as Chioma from Umudioka in Dunukofia council area, of the state and Amaka for allegedly engaging in lesbianism have been arrested by the police in Ogidi Anambra State.

According to reports on Information NG, the suspects were caught while indulging in the unholy act in a beer parlour belonging to one of them.

Reliably gathered that members of the homosexuality and lesbianism family in the state have started mobilising lawyers to make sure that the two ladies and their other members currently in police net are not sent to jail.

It was further gathered that the lesbianism family are now mobilising funds from their members in other parts of the state ahead of their legal expenses. Our correspondent learnt that the Ogidi Divisional Police Officer, DPO, Isah Mohammed has vowed to make sure that the suspects are jailed so as to serve as a deterrent to others.

It would be recalled that President Goodluck Jonathan recently signed into law a bill prohibiting gay and lesbianism.

One of the suspects who was interviewed, confessed to the crime, saying it was the handiwork of the devil. She said “Please, one of my sisters is staying in her shop at Ochanga Market in Onitsha, and I don’t have her phone number off head. Please help me beg the police to allow me call her. I will never live in such dirty life again” She pleaded

When contacted, Divisional Police Officer, DPO Mr. Isah Mohammed confirmed the story insisting that the matter must go to court.

Mohammed however, advised any interested persons to go and wait for the police in the Court, adding that it is where they “can seek for the bail of the accused dirty ladies for their alleged actions.”

According to the Nigeria’s anti-gay law, the suspects risk 14 years jail term each if convicted.